We were staying with one of Matthew's friends, Todd, and since he was also running (marathon relay) he met us at the expo. We walked in and were instantly impressed. Plenty of vendors, lots of space to move around, and some really cool Pittsburgh details including a giant bridge encapsulating the official race merchandise.

Packet pick-up was a breeze. We picked up our half marathon and 5k bibs (no lines!) and then picked up our shirts and drawstring backpacks. Both of our shirts for the 5k were incorrect- they had me listed as a small- ha! But, we just asked the volunteers for a different size and they happily obliged.

After picking up the essentials, we met up with three of my Akron Marathon Relay teammates: Chelsea, Steff, and Jeff. There was lots of hugging and squealing :-) We chatted and caught up as we walked around checking out the vendors. Then we saw Jeff Galloway- with no line! At runDisney events, he always has a line of people waiting to talk to him. We got to chat with him about Dopey, Boston, and upcoming races/training. He's just the coolest.


After hanging out with Galloway for a while, we all headed over to the Akron Marathon booth for a picture. As we were chatting with the reps, we happened to mention our twitter handles and how we have been interacting with whomever runs their twitter account. And wouldn't you know it- they had a special gift reserved for us! Andrew- who runs their social media and wasn't able to make the expo- had sent along #runAkron stickers for our team! Again, there was lots of squealing.


We decided to part ways at this point as we each were running the 5k in the morning. Matthew, Todd, and I went over to find our names on the "wall" and then we headed out to get some dinner. Despite all the awesome vendors, we ended up not purchasing anything. Our wallets were happy. 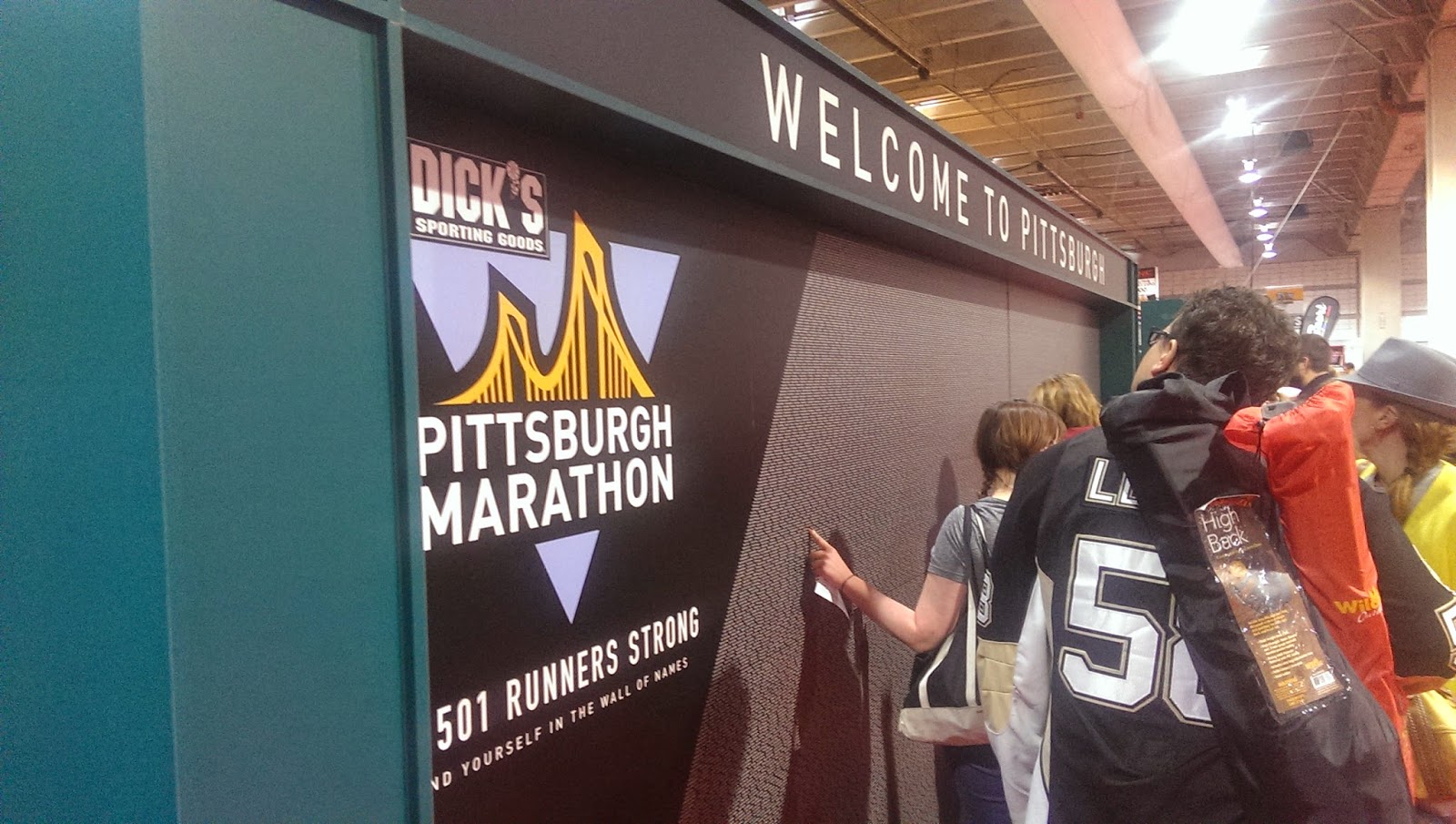 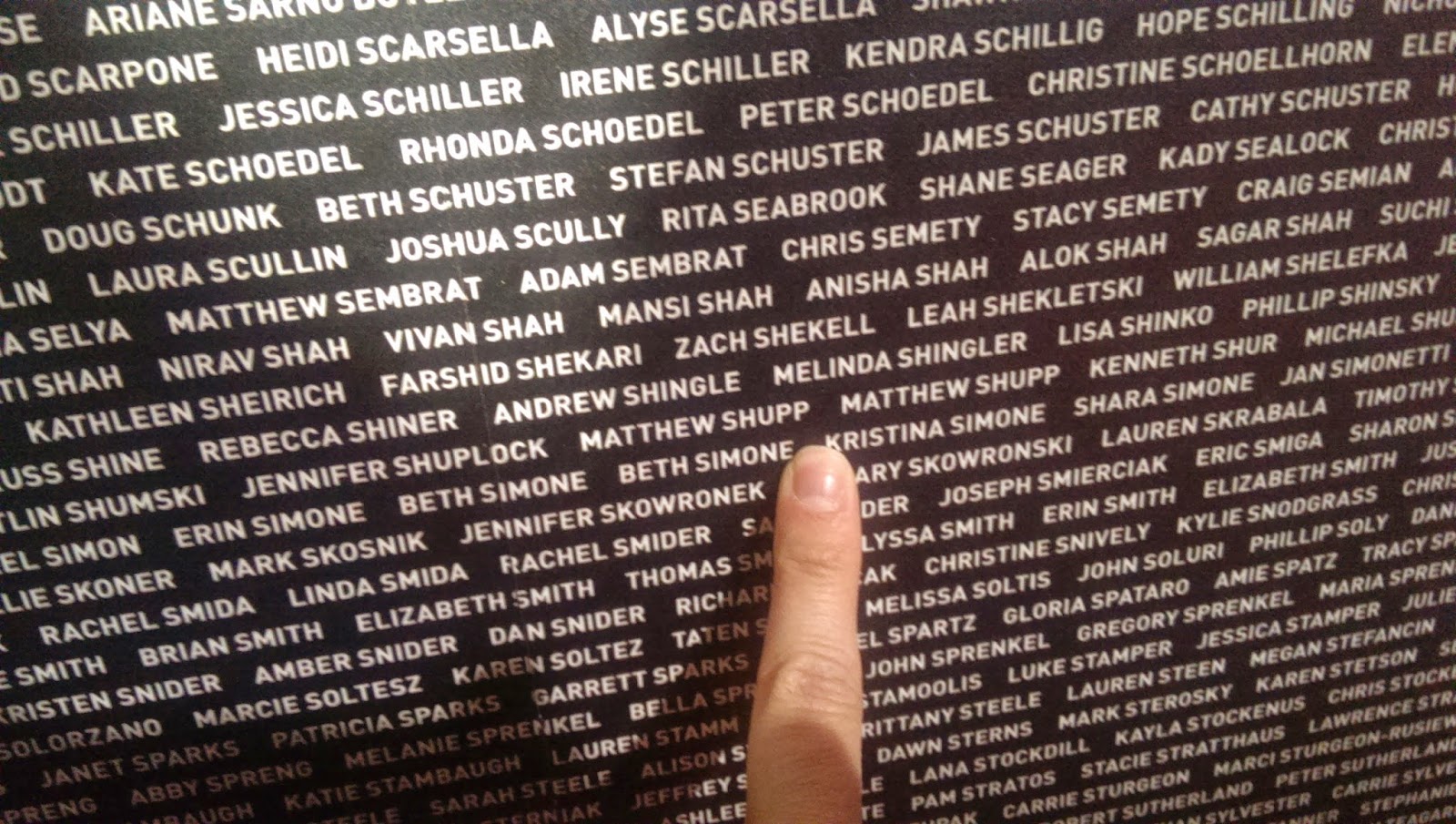 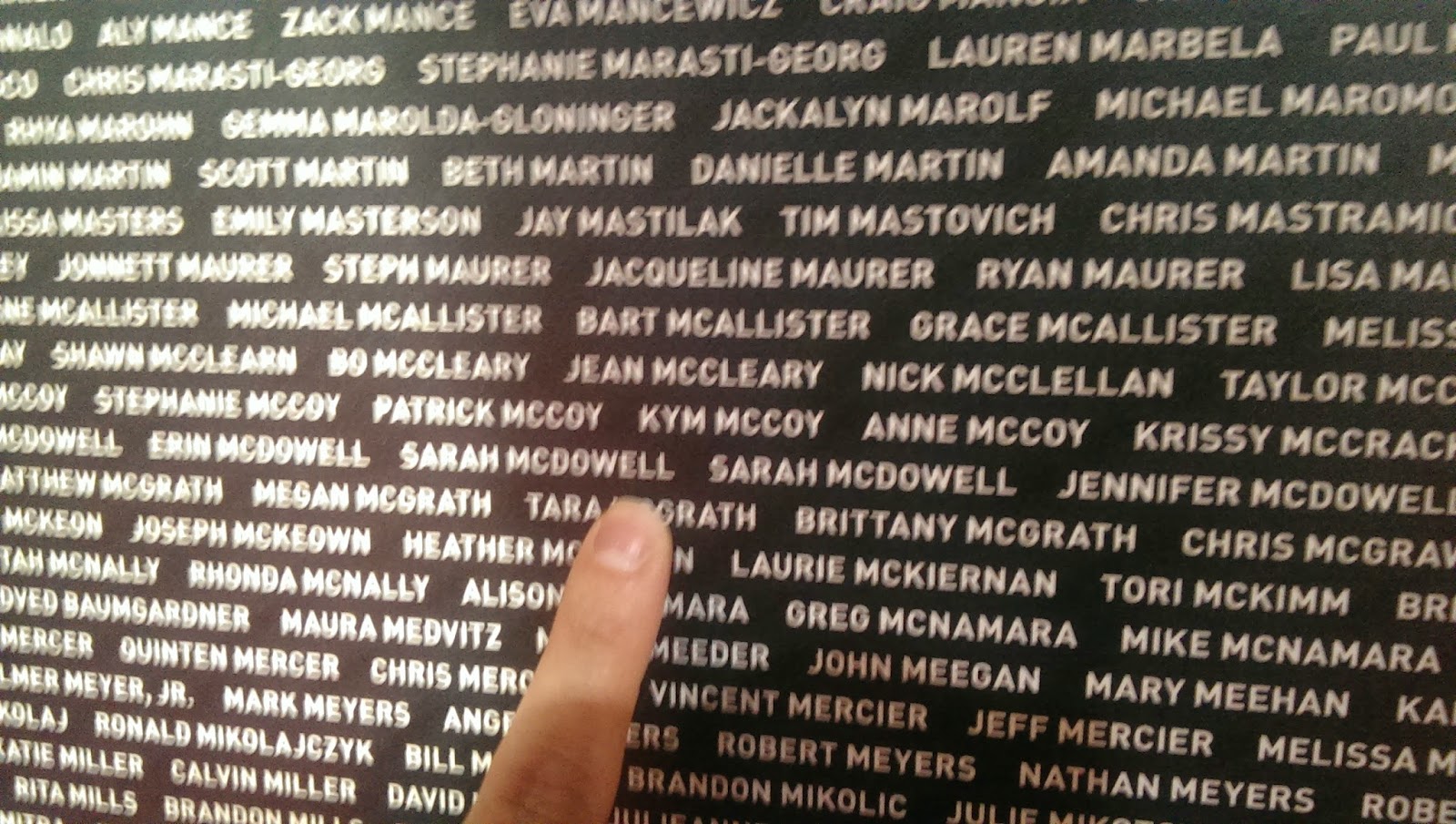 Leaving the expo, Todd took us on a mini-tour of Pittsburgh. Now, I have to admit, I was not expecting to like the city. After all, I am a die-hard Ravens fan and by nature, I'm supposed to hate all things from "the 'burgh." But, this city is beautiful. I mean, really, really beautiful. We thoroughly enjoyed our tour and dinner at Red Beard's. Matthew got his "I.C. Light" which is basically the Pittsburgh version of Natty Boh.


Over dinner, Todd (a life-long Pittsburgh resident) explained to us that the marathon had lost its title sponsor years ago and didn't run for a few years. Six years ago, Dick's Sporting Goods came in as the title sponsor and the marathon returned to the city.  Todd echoed all the things we had already heard- marathon day is a big deal in the city and there would be thousands of cheering spectators in each neighborhood. We were excited to say the least.

We went back to Todd's to get ready for the next day. I explored both of the drawstring backpacks that we were given- lots of cool freebies. Then it was off to bed- we had a 5:00 am wake-up call for the 5k!

Overall, the expo was a great experience- very organized, plenty of vendors, and unique aspects that got us pumped for the race weekend.
Posted by Sarah S. at 7:00 AM