Running at Disney, Minus the Running- Final Thoughts on Wine & Dine Weekend

It's been over a week now since we returned from our second home Walt Disney World and the Wine & Dine Half Marathon Weekend. It was a wonderful weekend; albeit different from what I'd originally planned.

As most of you know, I had to bail out of the half marathon due to my stress fracture. I started walking again just two days before we left for Disney. It was pretty depressing to be around all the runners at the expo and race knowing that I wasn't going to be able to do it, especially because this is my favorite race in the entire world. But there were A TON of fun things that happened on this trip that totally made up for it:

Dad finished his first half marathon! He's officially a half marathoner! Even in the cold and rainy conditions, he and Matthew rocked it. I am so, so, so proud of him :-) 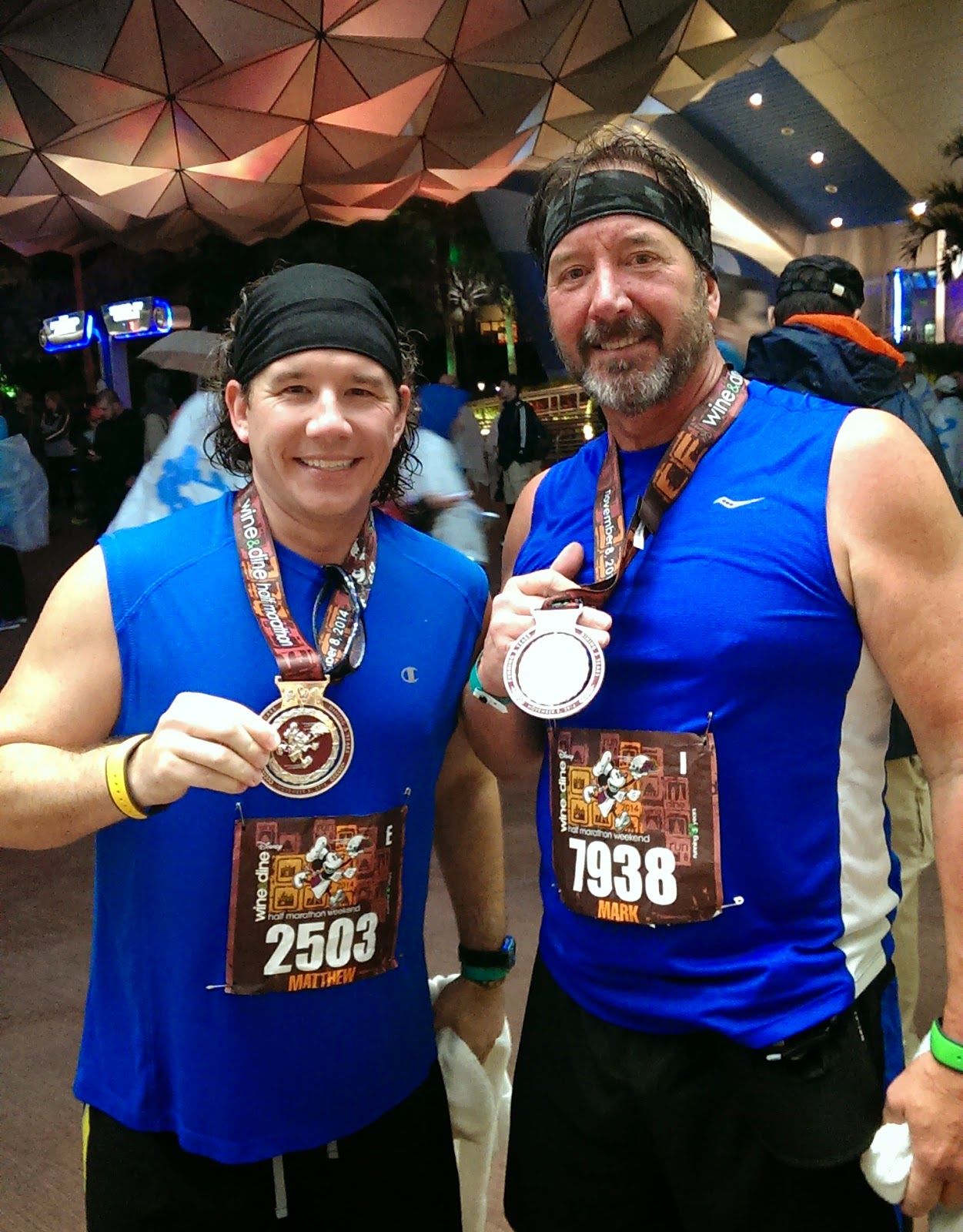 We got to see lots of friends that we only see at runDisney events. I finally got to meet Heather from Heather Runs 13.1, Jessie- a #wwchat friend from twitter, and Lisa- a blog reader who ran her very first half marathon at Wine & Dine! I also got to see Justin from Always Running Forward and Stephanie from Goober Monkey. And Patrick, Lauren, Nathan, Jenn, and Dave (all friends from past runDisney events) were all there and there were lots of hugs and squeals. And we got to hang with Matt from Hokey Blog and his wife at one of the best restaurants in Disney.


I finished my first post-injury 5k! [Check out the recap here!] It took a little over an hour and we walked the whole time but we made it. Our friend Jenn walked it with us and Nathan grabbed some awesome pictures of us finishing. It truly was a magical moment. I will forever be grateful that the injury gods allowed me to complete my first post-injury race at Disney. 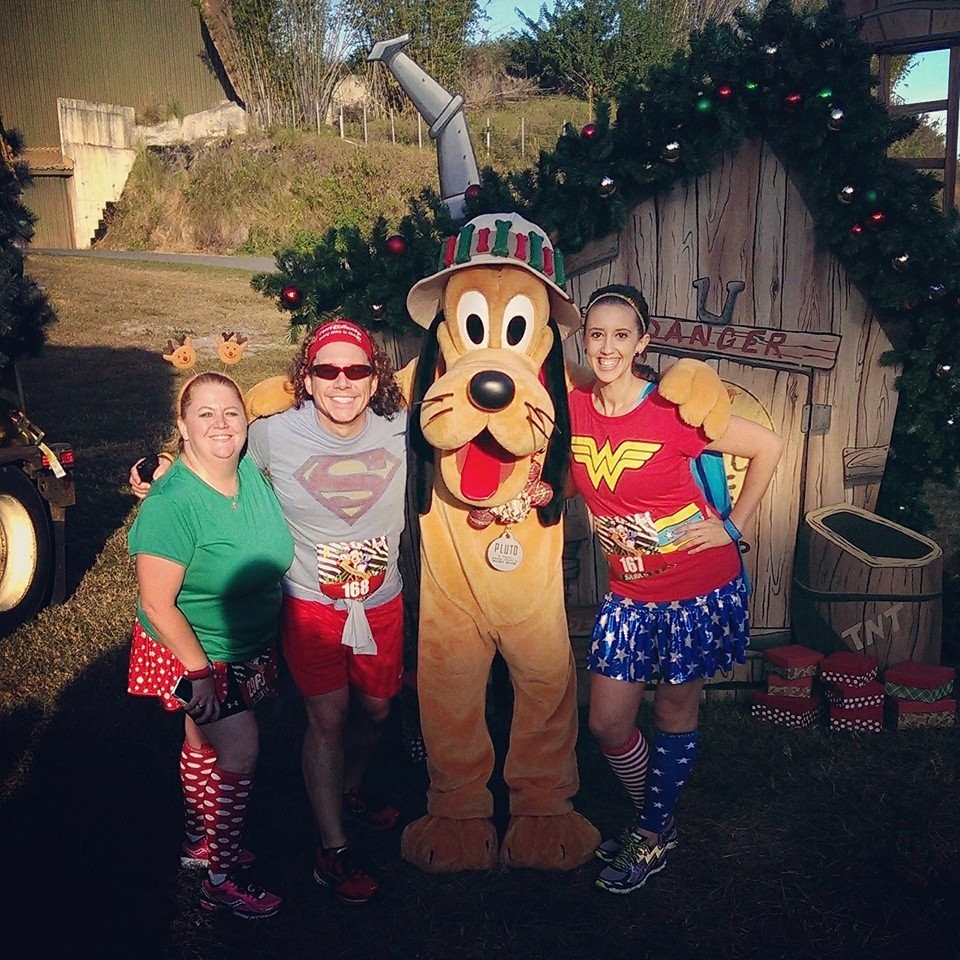 We got to spend a lot of time in the parks with both of our families. Dad and his girlfriend Margie came on the trip with us and Matthew's cousin Bridget and her husband Alan came up for a few days. It was truly a fun vacation in the happiest place on earth. We visited all four parks and rode almost all of our favorite rides. We also got to enjoy amazing food and beverages at Epcot during the Food & Wine Festival. 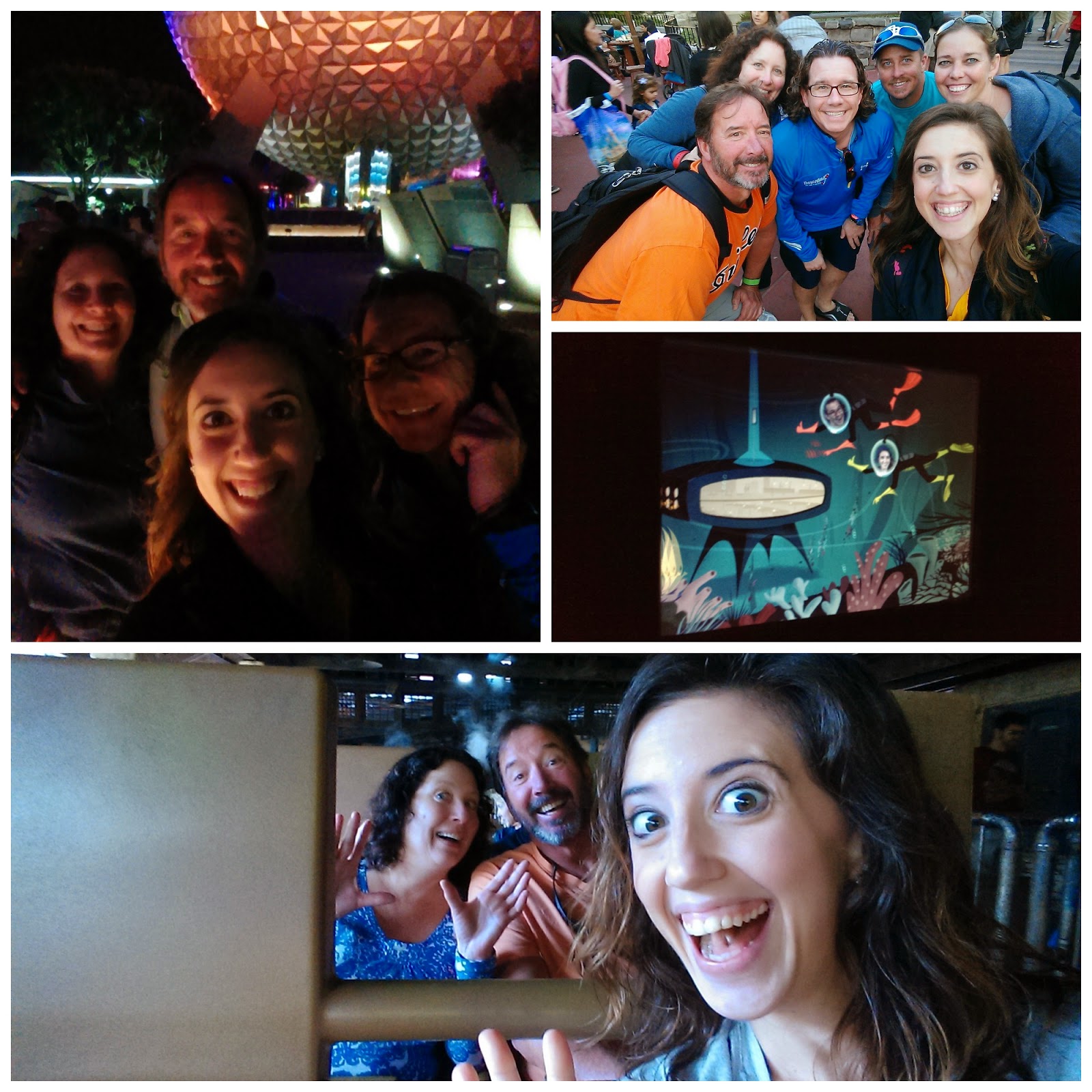 Overall, it was a kick ass weekend- even without running. If you are considering visiting Disney during the Food & Wine Festival or participating in the Wine & Dine Half Marathon, I highly recommend it. It's a great weekend to be in the parks and the race itself is awesome- even with crappy weather.

In less than two months we'll be back at the World for our Goofy Challenge trip which includes Margie's first 10k and Dad's first marathon. And I know this trip will be just as awesome as the last- Disney sort of has that effect on you :-) 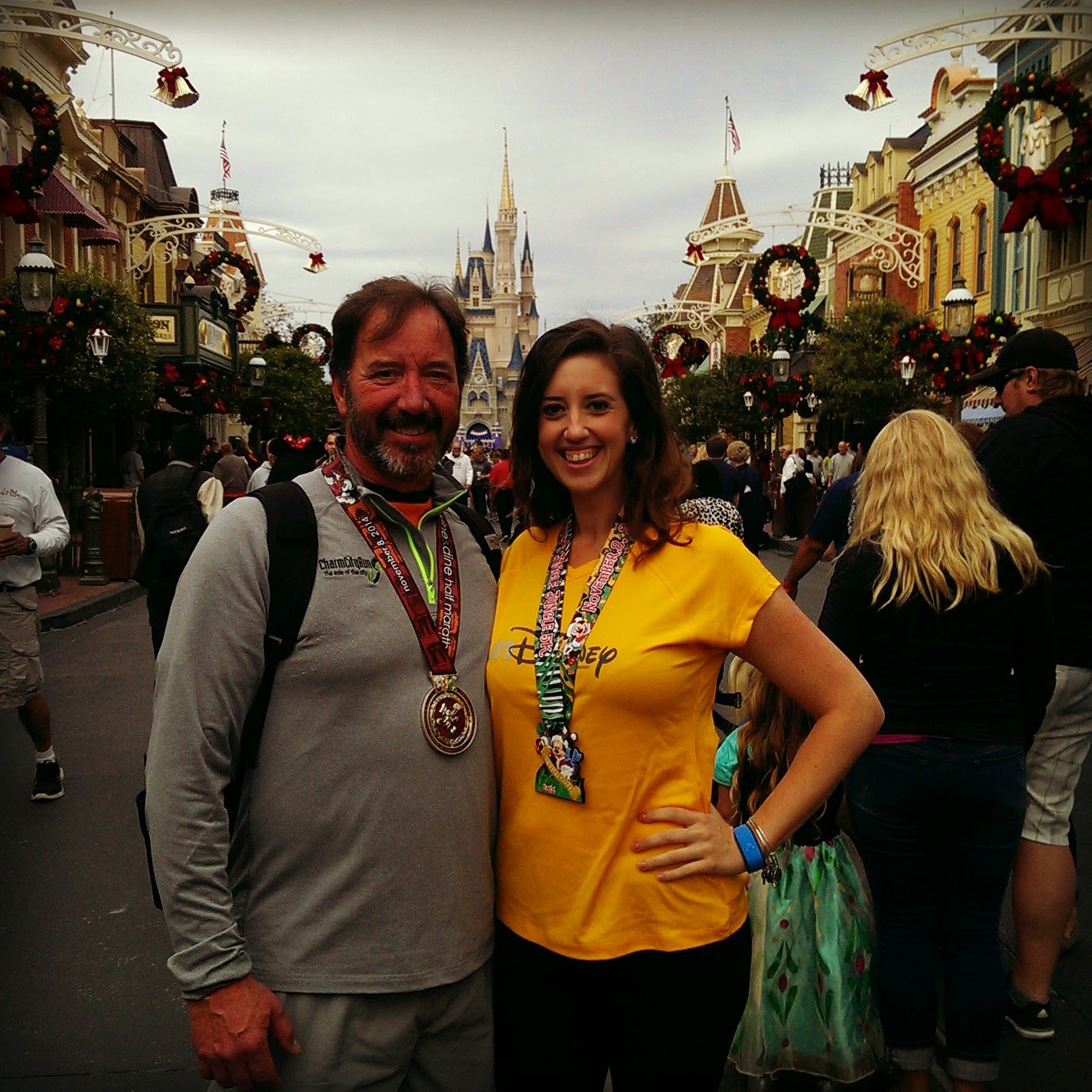