How to Make a Tiana Inspired Leaf Crown

For the Walt Disney World 5k coming up in just a few short weeks, I'll be running as one of my favorite Disney Princesses, Tiana from "Princess and the Frog."

I'll be wearing a lime green sparkle skirt, a light green tech t-shirt, and of course, Tiana's signature leaf crown. The Disney store sells a Tiana crown but it is just a plastic crown with a picture of Tiana in the center. I wanted to do something that closely resembled what Tiana wore in the movie.

I was able to make this crown for less than 15 dollars and less than an hour's work. I used the following items: 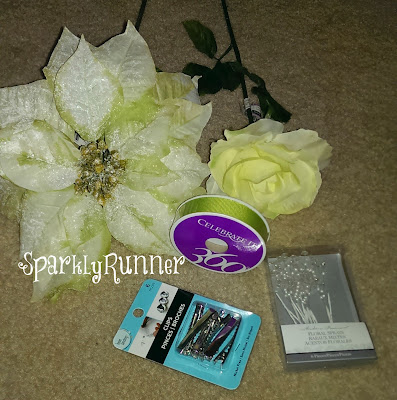 To start, I hot glued the white felt to the tiara. Because it was red, I didn't want the color to show through the leaves. If you use a tiara that is white or a similar color, you can skip this step. 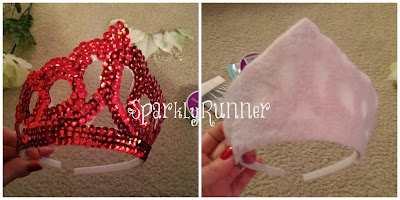 Then I cut the leaves off of the poinsettia. I used seven leaves- the largest in the middle and decreasing in size on each side. First, I rearranged the leaves to make sure I liked how they looked together. I also tucked four of the bridal floral sprays behind the flowers. I hot glued each leaf to the tiara, starting with the middle leaf and layering each additional leaf in front of it. Then I glued the floral sprays behind the flowers; two on each side. 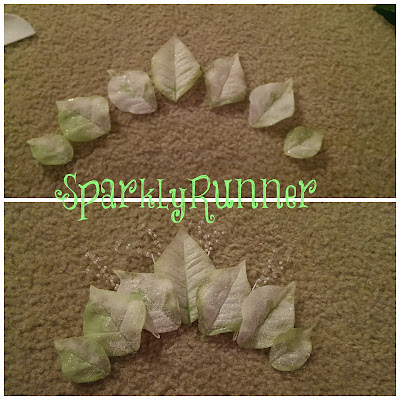 To finish the crown, I glued a piece of ribbon around the base of the crown. You could also glue more ribbon around the entire headband. Since I'll be running in it, I wanted the "teeth" on the inside of headband to still be able to do their job. 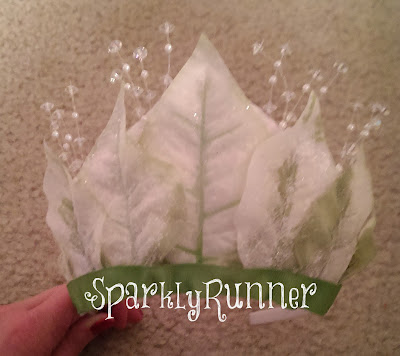 And that's it! With the right materials and with just a few minutes, you can make a Tiana-inspired leaf crown.

Here's a sneak peek at part of my Tiana running costume. Look for the full costume reveal (including all four race costumes) coming soon! 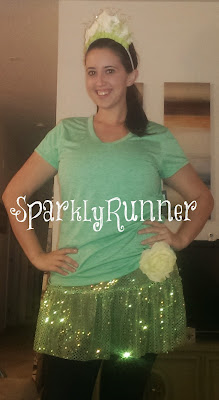