At long last, their marathon journey had come to a close and Dad and Matthew had accomplished something amazing! Now what?!

Let's rewind again. On the day before we left for Disney, I happened to see that the Disney Parks Blog was offering a free, advanced screening of McFarland USA on the day of the marathon at 4:00 pm at Downtown Disney. All you had to do was be one of the first 100 people to RSVP. Naturally, I frantically called Matthew and we both emailed immediately. And we both got in! And got to bring a guest!

So, back to the day of the marathon. After Dad and Matthew finished the race, we headed back to the hotel to get cleaned up and get down to the AMC Theater at Downtown Disney. It was a really easy process to get into the theater; they just verified our names and IDs, gave us a wristband, and we were good to go.

In the lobby, the runDisney folks had set up a back drop for pictures so we took a few with our medals. The theater has a bar and a full food court. We each got something to eat and a beer and then headed into the movie. 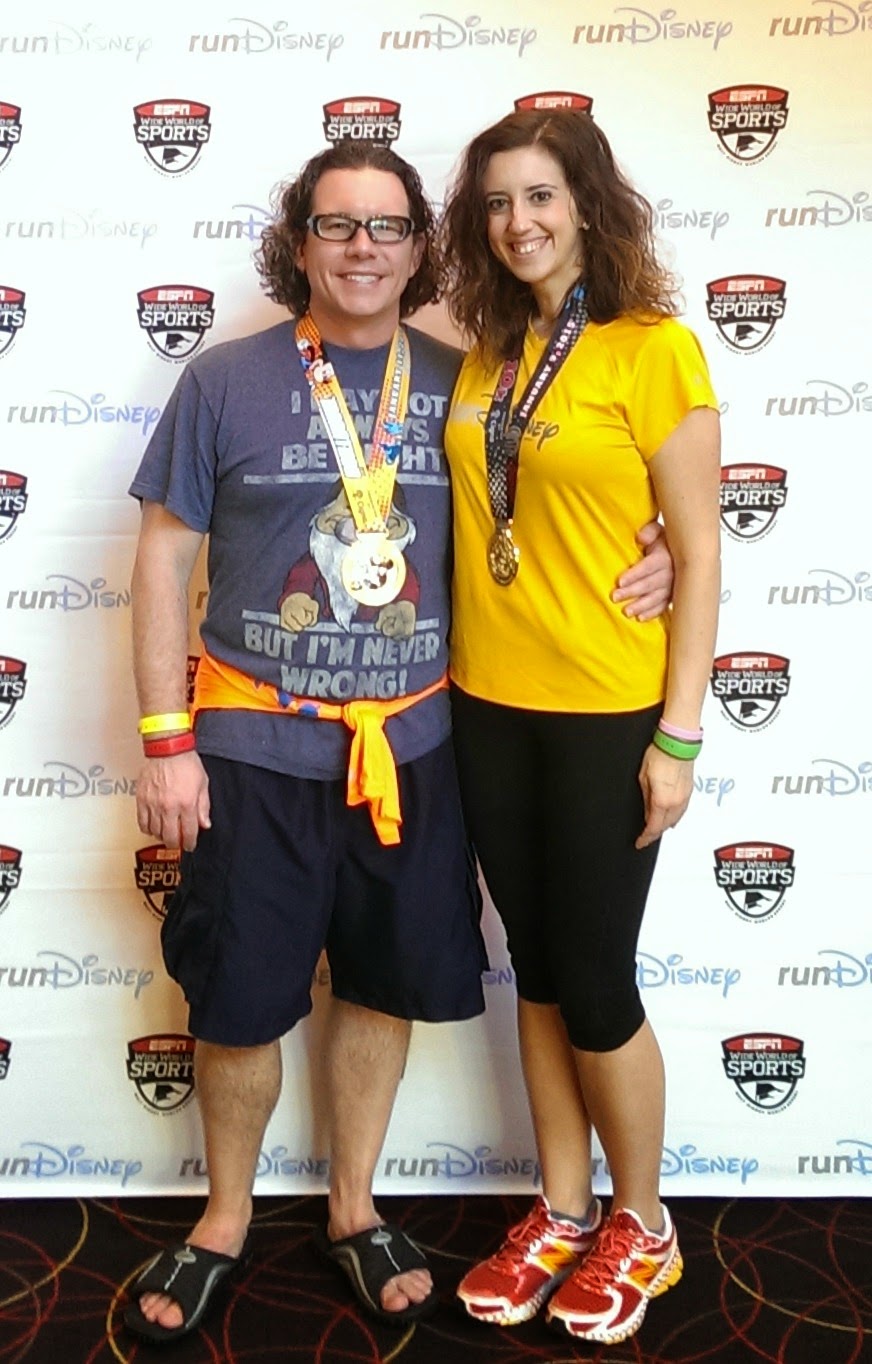 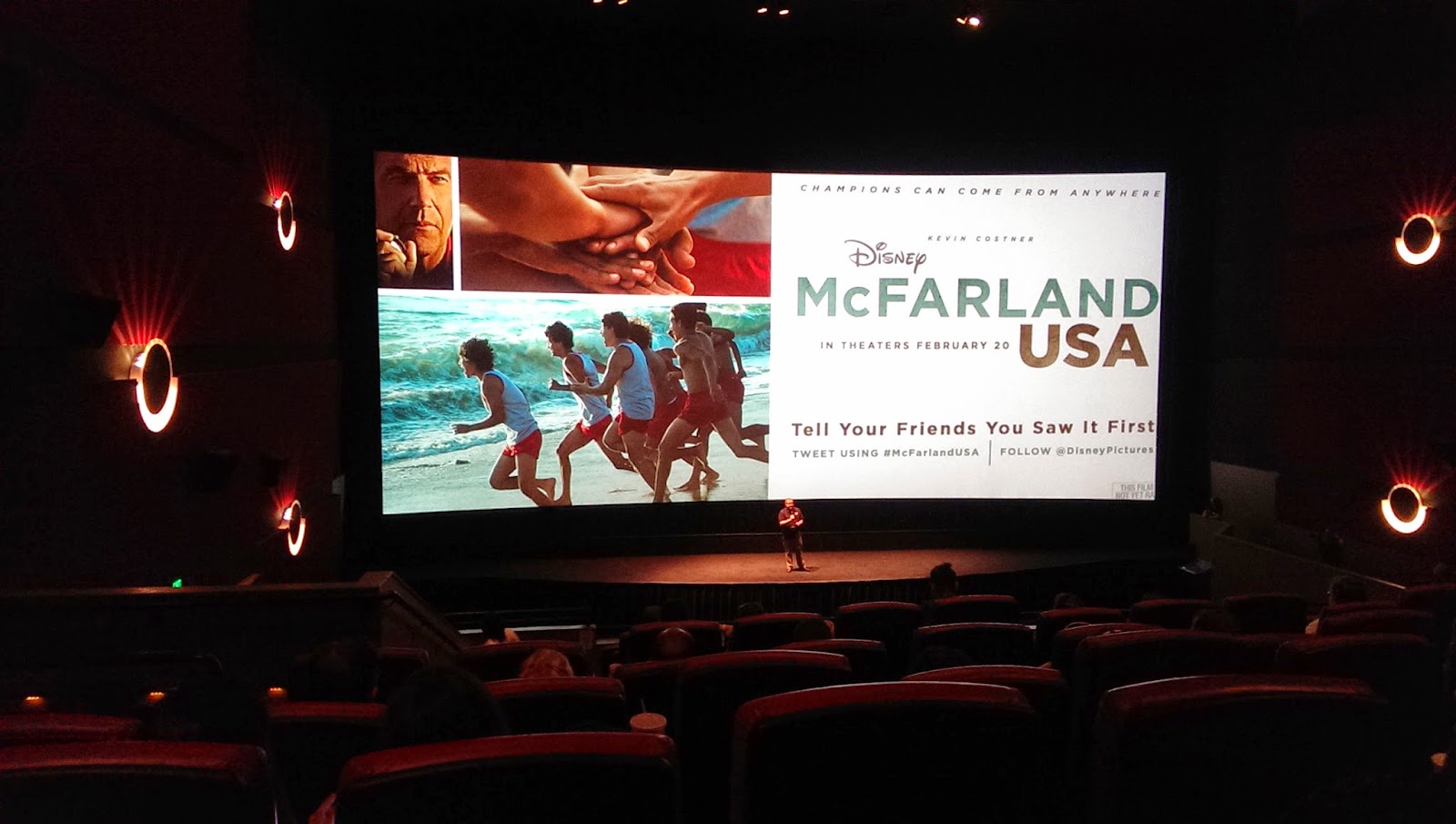 The movie was PHENOMENAL. Seriously. It was heartwarming, funny, and incredibly touching. It stars Kevin Costner as a washed-up football coach/high school teacher who lands in McFarland, CA where he somehow becomes the school's first cross country coach. It is a beautiful movie and we all thoroughly enjoyed it.

We also got to see some friends at the screening including Rick- a runDisney friend who recently moved to the Disney-area, lucky him! And we got to chat with Steph, who completed the Dopey Challenge. She is crazy inspirational and I'm so glad we got to catch up. 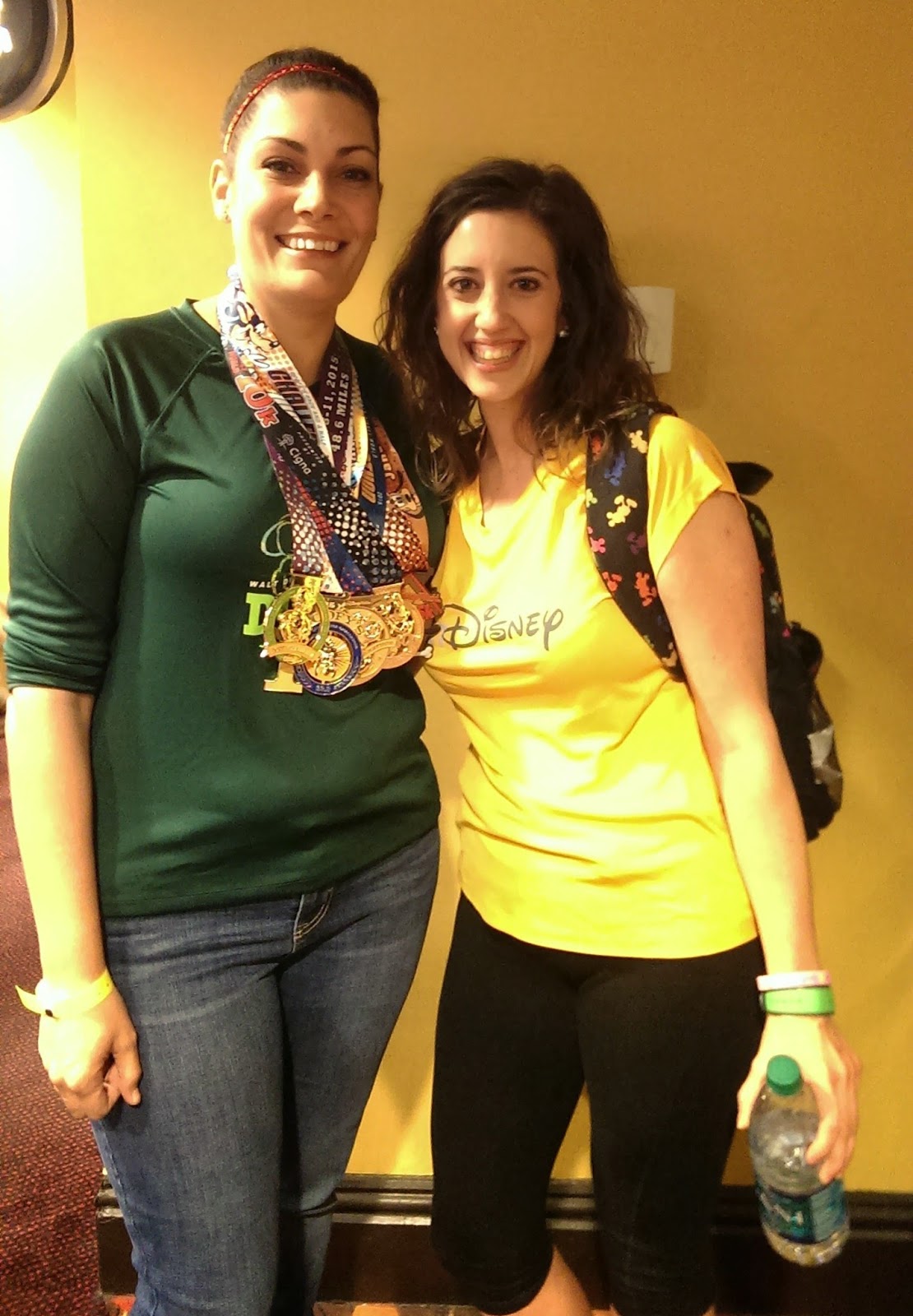 The next day, what we affectionately call "Marathon Monday," we had a near-perfect morning in Magic Kingdom. We had fast passes for the new Seven Dwarfs Mine Train, Space Mountain, and Thunder Mountain. We were able to walk right on to Pirates of the Caribbean, Voyage of the Little Mermaid, and The Barnstormer. We also got to be trial users of a new fast pass-like system for Be Our Guest Restaurant and had an awesome lunch. As an added bonus, we got to hang out with Matthew's cousin/her husband, and some other runDisney/twitter friends- Dave, his wife, and our new friend Bill. And of course, we ran into Coach Jeff and his wife Patti. It couldn't have been a better day if we'd tried!

Then we went to Epcot and our luck changed. We headed to the character spot in Innoventions with the whole crew- Matthew's cousin and husband and Jeff and Patti came over with us to the park. We got tons of pictures with Mickey and Goofy and then decided we would head over to Germany for a soft pretzel and a beer.

It was then that we saw the monsoon. I have never seen rain like that in central Florida. Never. So, we hung out in Innoventions for the next two hours, hoping for a break in the storm. In the meantime, we got lots of pictures at the other Character Spot- Disney even sent some characters out into the lobbies where people were waiting for the storm to pass.


The storm didn't pass, but it did lighten up enough for us to venture out for a grapefruit beer at the Germany pavilion :-) We got some garbage bags and ponchos and headed out into the rain, about three hours after we got to the park. I'll tell you though, beer has never tasted so good.


After a few beers and even more rain, we decided to head back to our resort for warm showers and a relaxing dinner. As soon as we stepped off the bus at Art of Animation, it stopped raining :-)

Though it wasn't the day we expected, we had a blast and capped off 2015's WDW Marathon Weekend with some of our favorite people in our favorite place. We're not sure when we'll be back for Marathon Weekend again- we've already agreed to pass on 2016. But as you know, it's hard for us to stay away from Disney magic. Maybe it will be rekindled in 2017 :-) 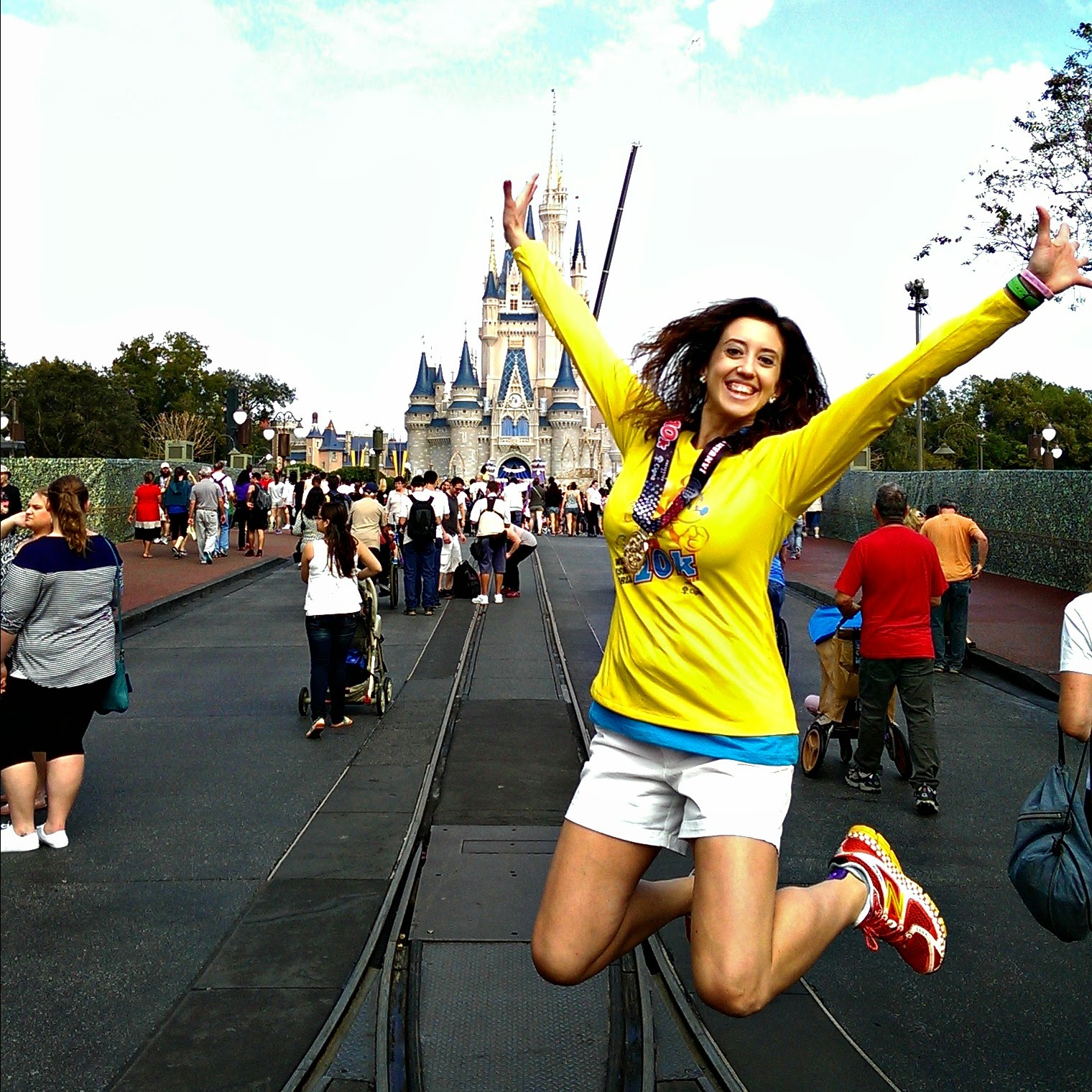